The last one today is the owl from the mouse story, it is one of my favourites. This has been an interesting project, it has helped me to hear peoples thoughts. Thank you for all the support, the likes and the shares and thank you to Lisa White at Art Mash for the idea. Another series of paintings is being planned but it will be a few days.

‘ Hoot’ This is in watercolour and ink, it started as a doodle, can you see the owl? 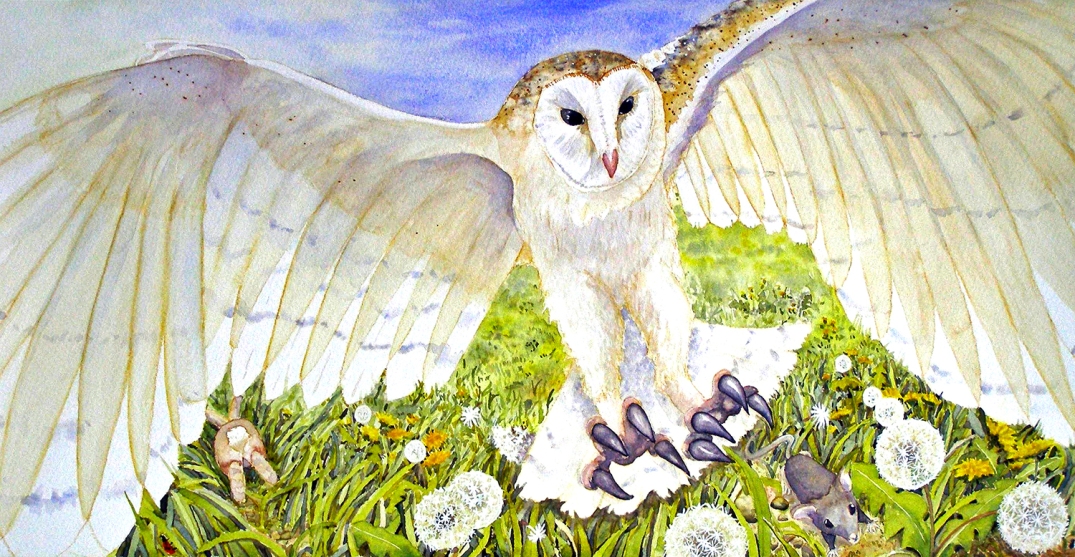 The next part of the story was actually the first that I painted, even though it is in the middle of the tale. Whilst our mouse is trying to find his way home he is spotted by a Barn Owl and has to run for his life.

As usual the image is drawn out in watercolour pencil on the Bockingford paper.

I was worried about painting the wings, I had not tried before, so I worked on them first, if it didn’t work out it was then easier to start again, luckily it went ok. Most of the wings are white so what I actually had to paint were the shadows of where they overlapped and then just a few of the patterns that cross the feathers. Lastly the hint of the coloured feathers on the back that cover the wings when they are folded. I used salt on the wet paint to give the mottled effect and added some of the little black dots that cover the feathers. 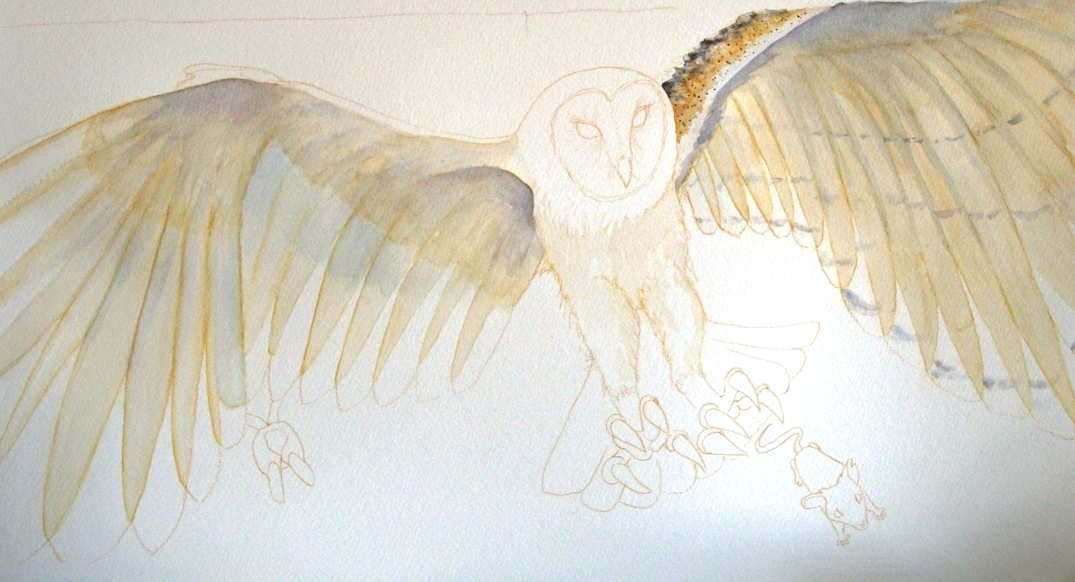 Next, the shadows on the body and tail to give the owl a more three dimensional  appearance and the top of the head again with salt for the mottled effect. The eyes are dark and concentrate on the mouse and the claws are exaggerated to increase the awareness of the danger that our mouse is in.

For the mouse I tweaked the perspective to emphasise the speed and the panic  as he tries to escape and made the rabbit small as he disappears into the background making his getaway.

And then the dandelions, I think I could paint them in my sleep now I have done so many but these were the first. 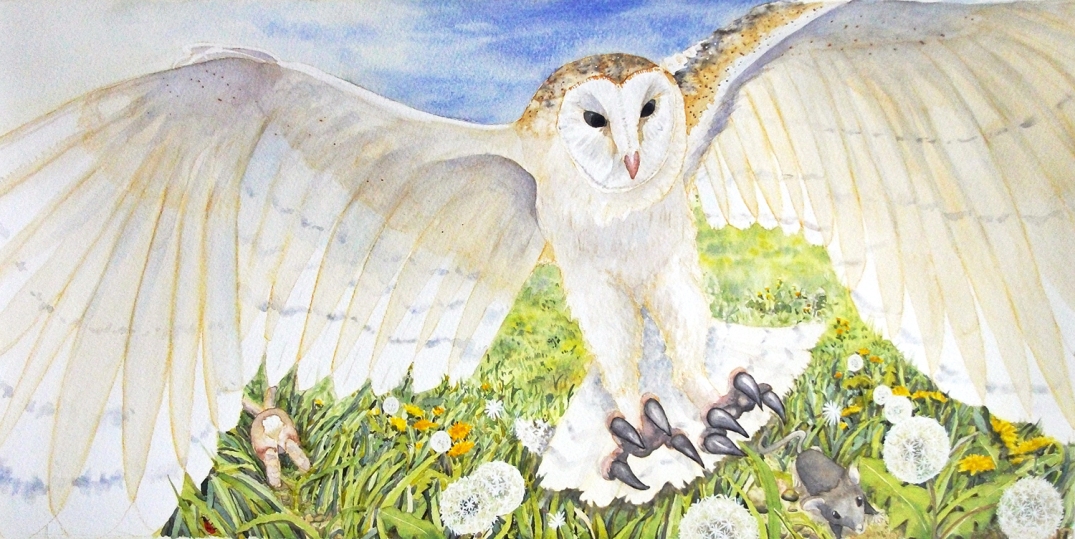 Lastly the dots of light in the owls eyes, it makes all the difference.

So what happens next? Does he escape? Yes, of course he does, see how very soon.